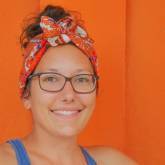 Swiss commitment in Madagascar. In a village in which most families produce cocoa – including for Switzerland – it becomes apparent how fruitful cooperation and exchange can be when everyone pulls together and shares their knowledge and experience.

“Snip” – the ribbon in the colors of the Madagascan flag is cut and the long-awaited drinking system with pump, sand filter and residential supply lines is officially inaugurated. A healthy dose of Swissness has arrived in the village of Maevatanana this morning. The arrival of the representatives of Zoo Zurich, Chocolat Halba, the Lindt Cocoa Foundation and the Preisig AG construction company has left the children in particular wide-eyed.

I am used to puzzled looks, as I have been the only “Vazaha”, Madagascan for “white foreigner”, here in the village until now. For my master’s thesis in geography at the University of Bern, I conducted a field study in which I tried to determine what access to suitable drinking water could look like. In Madagascar, two thirds of the population in rural areas live without clean water. They get their water from drawing wells, rivers or ponds and illnesses caused by contaminated water are widespread. In Maevatanana in the northwest part of the country, nearly all of the 3,700 inhabitants produce cocoa. It is partly because of them that there is such high-quality chocolate in Switzerland, for they sell a large part of their cocoa to chocolate manufacturer Lindt & Sprüngli. Helvetas has helped the village community establish sustainable cocoa production – and has now also supported the project to provide the village with clean water as part of the Lindt & Sprüngli Farming Program. Today, the villagers’ longstanding wish has become reality.

The guests are welcomed with dancing, singing, flower chains and the Lamba, the traditional wraparound garment. Everyone is in a festive mood. After walking through the village and speaking with its inhabitants, the mayor, the regional director for water and other invited individuals turn their words of thanks to the residents and guests. Later, they all excitedly taste the water.

Although the villagers soon return to their usual activities, much has changed in the village. “I am very pleased that I now have running and, most of all, clean water near my house”, says Soanasy. She is one of the first to be connected to the system. Families still need to be educated so that they all understand that the small investment that they must make themselves is worth it in order to be able to drink healthy water.

The day also symbolizes the joint commitment of the Swiss delegation in Madagascar. Everyone becomes involved in their own way and people talk and learn from one another. After the ceremony, the representatives of Chocolat Halba and Zoo Zurich continue to educate themselves about successful cocoa production in the Sambirano valley as they want to incorporate their findings into their own projects on the east coast. The water team from Helvetas and employees of Preisig AG travel deeper into the Sambirano valley to view the drinking water system that is planned there. On the hike to the planned reservoir, I gaze from the hills down onto the landscape that shapes life and work here: no plantations, just fertile hillsides where coffee, vanilla, bananas and especially cocoa grow and thrive side-by-side in their natural surroundings.

Solar pumps are used to pump water from the depths into a tank. The tank has the capacity to supply 5,000 residents with clean drinking water. Only a few households are connected at the moment, because contracts are needed and the whole procedure therefore takes a while. The water system then leads directly in front of or next to the house or into the yard several houses that use the connection together. The water quality is constantly monitored. In order to be connected to the system, users pay a one-off amount of approx. CHF 75. After that, they pay per consumed quantity. 1m3 of water costs CHF 0.50. An experienced company, which has already built and maintained drinking water systems throughout Madagascar, is responsible for the maintenance of the technology.